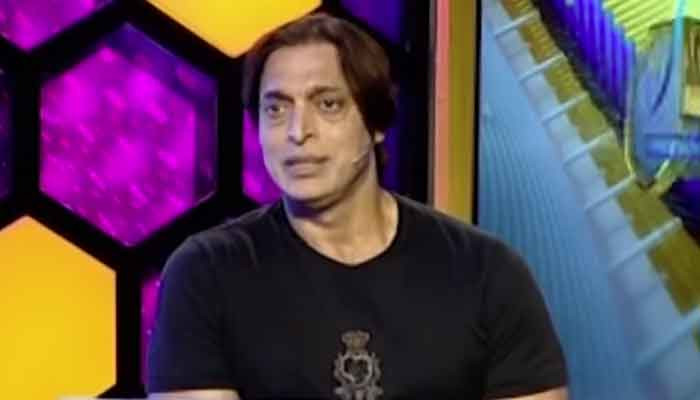 
Former Pakistan fast bowler Shoaib Akhtar Friday night responded to PTV Sports anchor Dr Nauman Niaz’s allegations that he had violated some clauses of his contract with the state broadcaster.

The former fast bowler, who earned the nickname The Rawalpindi Express owing to his sheer bowling pace during his days as a cricketer, responded to Dr Nauman Niaz’s apology, and allegations during a recent interview.

“I sought an apology from him that night,” he said. “Not now. Now, he has to apologise to the institution of PTV, not me,” added the former fast bowler.

Akhtar said that the brand of the national TV had been hurt as sponsorships had gone down. “I got up in a very dignified way and left the show. I left that decision to Allah,” he said, speaking about the spat between him and Dr Nauman Niaz.

“I could have fought, and done a lot on national TV. Look at my physique,” he said. “People who know me, know that it is not in my nature [to walk away from a confrontation].”

The former fast bowler said he had decided not to react to Dr Nauman Niaz’s angry words owing to his [Shoaib Akhtar’s] mother. Akhtar said his mother is too old now and cannot tolerate another controversy involving her son.

“Whenever someone says something to me nowadays, I remain silent and go home instead,” he disclosed.

Akhtar said he had demanded an apology from Dr Nauman Niaz as he wanted to save the brand of PTV Sports and the integrity of the channel. “There was Sir Vivian Richards on the show, billions of eyeballs and a lot of my fans [were watching],” he said.

Shoaib Akhtar said he had forgiven Dr Nauman Naiz the minute he walked away from the show, adding that he had left the bitterness there and then.

“I have to please Allah and His Messenger (PBUH),” he said. “I don’t have to please human beings. The number of fans that I have, I can say a lot of things about him [Dr Nauman Niaz] but I won’t,” he added.

Responding to Dr Nauman Niaz’s allegations that Akhtar had violated his contractual obligations by appearing on other TV channels, the former fast bowler said he had been appearing on Geo News for the past nine years.

“If I am appearing at Geo for the past nine years, then could that have happened without his [Dr Nauman Niaz’s] knowledge? Or the managing director’s knowledge? Think for yourself. Even if my contract did not say so, could I have been appearing all these years at other channels without their knowledge?” he asked.

Akhtar said he had excused himself from appearing on PTV Sports for a week or so as he was ill. “I was suffering from a chest infection and my mother was also ill. That is a fact,” he shared. “I am done clarifying myself. I don’t want to go into these details [again and again].”

Going back to the details of that night when the confrontation took place, the former fast bowler said his sister’s text message prompted him to get up and leave the show.

“My sister messaged me and told me that ‘things have gotten out of hand Shoaib, you have fallen below your dignity level. You have forgiven him time and again while he is not apologising to you. I think you should get up and leave’,” he disclosed.

Akhtar thanked fans for their support and love, saying that he always played “from the heart”. “Whenever you get down, you can always watch my videos and see how a man runs, how his hair flies and how the stumps are broken,” he said.

“But if Nauman says he signs on my salary cheque, then I’d request him to do the same for my last salary,” he quipped.