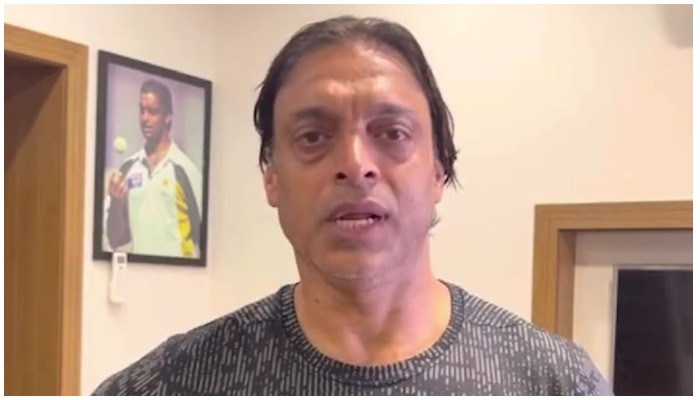 
Former Pakistan fast bowler Shoaib Akhtar said Sunday that today’s match between India and New Zealand is “an extremely difficult stage” for India as it aims for a bid at the ICC T20 World Cup’s final four stages.

The cricketer said India has to win the match “comprehensively” and win all the matches ahead to ensure it qualifies for the next round.

Akhtar said he is “rooting for India” in today’s high tension match as losing, for either team, will mean their chances of reaching the last four will diminish to a great extent.

“Crucial day for India, tough day for New Zealand,” Akhtar said in a tweet in which he also shared his pre-match analysis.

The cricketer said in a video message that he wants “India to cruise through today” and move up on the points table.

He said India dropping out of the tournament would create “big trouble”, adding that all the excitement will fade away from the tournament.

“It will be much easier for New Zealand to chase any total,” Akhtar said as he predicted what would happen if India loses the toss and NZ lets them bat first.

The Kiwis made one change from their opening loss to Pakistan with fast bowler Adam Milne coming in for Tim Seifert. Devon Conway will take over wicketkeeping duties.

“We are going to bowl, dew factor at this time of the year,” Williamson said at the toss. “Look forward to another challenge.”

India are coming off a week’s rest, and received stinging social media abuse after their 10-wicket defeat to rivals Pakistan on October 24.