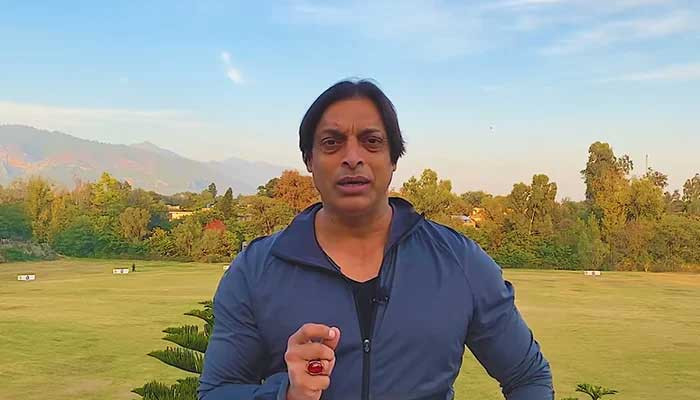 Shoaib Akhtar says no to appearing before inquiry committee


Former Pakistan fast bowler Shoaib Akhtar has refused to appear before the inquiry committee investigating his on-air spat with Dr Nauman Niaz, as per a report in Dawn News.

Speaking to the channel, the former fast bowler said, “Whatever happened is out there for everyone to see.”

He added that the inquiry committee can make its decision after watching the videos of the altercation between the two.

A verbal spat between the two during a live transmission of the PTV Sports show Game on Hai triggered backlash on social media when the Rawalpindi Express was told by Dr Nauman Niaz to leave the show.

The two were discussing Pakistan’s victory over New Zealand when tensions between Niaz, the host of the show, and Akhtar, one of the many decorated panellists, escalated.

After the show resumed, a visibly disturbed Akhtar still sat with the other panellists but didn’t do so for long. When asked a question by Dr Nauman Niaz, he apologised to the other guests and said he could not carry on because of the way he was treated during the live transmission.

Unclipping his microphone, Akhtar walked away from the set of Game On Hai as Dr Nauman continued to read from his script.

The episode triggered a backlash on social media, as people criticised the PTV Sports anchor. Politicians, journalists and celebrities condemned Dr Nauman Niaz, saying that he should not have “insulted” the former fast bowler.

Information Minister Fawad Chaudhry had taken notice of the incident and an inquiry committee was established by PTV to probe the incident.

The decision was taken upon the recommendation of the inquiry committee.

Sources said that the recommendation was presented during a meeting of the inquiry committee in which the managing director of the state broadcaster, along with other higher-ups, was present.

During the meeting, the unpleasant episode that occurred between legendary bowler Shoaib Akhtar and Niaz was thoroughly discussed and a report prepared in this regard was also reviewed, sources said.

The inquiry committee said that it had interviewed Niaz regarding the spat after which it forwarded the recommendation of taking Niaz off-air.