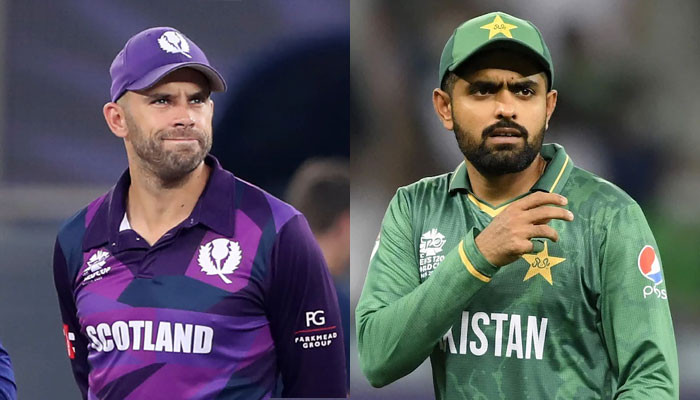 Skipper Coetzer urges Scots to give their best shot against Pakistan


SHARJAH: Scotland skipper Kyle Coetzer has urged his players to give their best shot in Sunday’s last T20 World Cup match against Pakistan in Sharjah.

The Scots have lost all four Super 12 Group 2 games since defeating Bangladesh in the qualifiers last month.

“We’ve got to make sure we go in there with as much confidence as we possibly can do,” said Coetzer on Saturday.

“We’ve got one last crack of the whip while we’re out here. We’re not going to play together again until April probably.”

In contrast, Pakistan are the form team with four wins in as many games — a fact not lost on Coetzer.

“What better game and what better team to play against than Pakistan.

“They’re at the top of their game at the moment. That’s just an ultimate test and to challenge yourself against them,” said the Scottish skipper.

Pakistan have won all three T20 internationals against Scotland, one in the inaugural T20 World Cup in South Africa in 2007 and two in Edinburgh 11 years later.

“What a challenge we’re going to be faced with,” said Coetzer.

“The two players are at the top of their game at the moment, so it would be great to experience that and hopefully try and knock a few of them over at the same time.

“We have to go in there respecting them but also willing to go and try and take them on, too. I think we’ve taken a few lessons from our last couple of games and some special lessons from the India game as well.”

India thumped Scotland by eight wickets in Dubai on Friday, knocking off the meagre 86-run target in just 6.2 overs.

“I think guys have had small opportunities to speak to various players from various teams during this tournament, but it’s been made a little bit harder by not being able to mix as easily in this tournament.

“But the opportunity to go and speak to the Indian team yesterday was a moment that some guys will probably never forget but also we learned so much.”