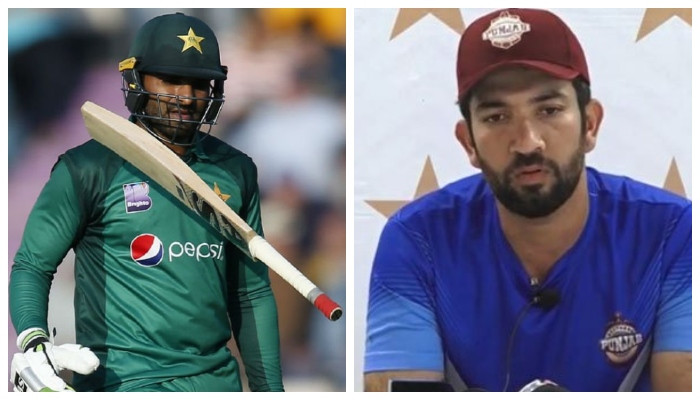 
Pakistan’s middle-order batsman Sohaib Maqsood has thrown his weight behind pinch hitter Asif Ali, saying that he has the goods to deliver for the green shirts.

Asif Ali has failed to fire for Pakistan and did not fare well even in the National T20 Cup. Angry fans had lashed out at selectors for including him in the initial T20 World Cup team and then retaining him in the revised squad.

“@IftiAhmed221 is a complete allrounder i think he should’ve been in the squad instead of Asif Ali .. I am still wondering who is Asif Ali, why is he irreplaceable?” tweeted Mustafa, tagging Shoaib Akhtar, Rashif Latif and sports analyst Nauman Niaz to comment.

Maqsood responded to the tweet, praising both Iftikhar and Asif Ali. He referred to Asif Ali as a “quality number 6 player”.

“I hope he shows to the world in the World Cup what he is capable of… playing number 4 and 6 is a very different thing altogether in T20s,” tweeted Sohaib Maqsood.

Asif Ali has scored only 124 runs so far from seven matches of the National T20 Cup at an average of 31 runs, with the highest score of 43.