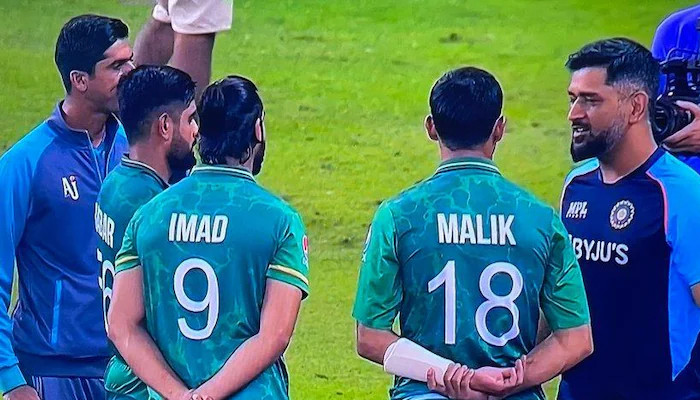 ‘Sport brings you together, it never divides’: Sania Mirza after India vs Pakistan clash | Sports

She shared a video on her Instagram story from the T20 World Cup match between Pakistan and India, where Babar Azam, Shoaib Malik and Imad Wasim can be seen speaking to the former Indian skipper MS Dhoni.

“True story. Sport brings you together with it never divides,” she captioned the video.

Earlier, Indian skipper Virat Kohli had also shown sportsmanship after his team lost their first T20 World Cup match against Pakistan, as he hugged wicketkeeper-batsman Mohammad Rizwan at the end of the match.

Babar Azam and Rizwan saw Pakistan through to victory against India, ending the Men In Green’s losing streak against Men In Blue in World Cups.

Babar (68) and wicket-keeper Rizwan (78) were able to complete the best partnership against India, posting the highest ever partnership for any wicket by any team against the Indian team in T20s surpassing 133 by David Warner and Shane Watson.

The Pakistani bowlers were on top of India, as they took quick wickets and sent Indian batsmen packing. Shaheen Shah Afridi also, for the first time, dismissed Virat Kohli — who Pakistan never dismissed in a T20 World Cup.

Kohli congratulated skipper Babar on his victory and moved forward and hugged Rizwan.

Social media had loved the Indian skipper’s gesture and showered praise on him.