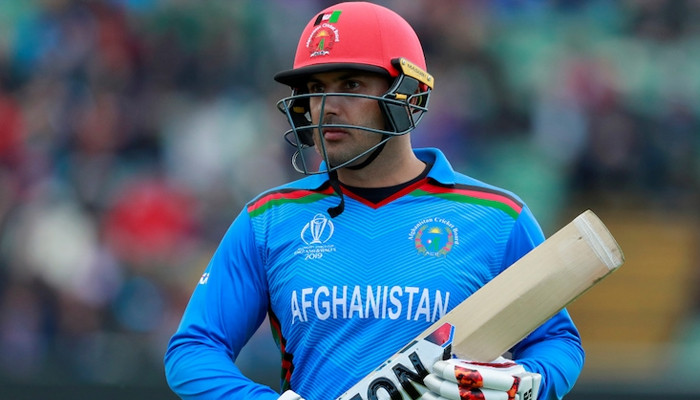 
SHARJAH: As Afghanistan prepared for their opening match in the T20 World Cup against Scotland, captain Mohammad Nabi played a straight bat on Sunday to the inevitable questions on politics.

“Everyone knows that back home in Afghanistan there’s a lot happening and everything from the last few months,” he acknowledged in the press conference ahead of the game in Sharjah on Monday.

“But from a cricket point of view, everybody is ready for this World Cup and we prepared well. The fans are really waiting because the only happiness in Afghanistan is cricket,” he said.

“If you’re willing to do well in the tournament and we win the games, the fans are really happy and there will be a lot of smiles on faces.”

After the Taliban retook control of Afghanistan in August, the cricket team briefly faced the possibility of being banned from the tournament if the women’s game was discontinued.

Then star spinner Rashid Khan stepped down as captain before visa issues in the Gulf placed yet another hurdle in the team’s path.

All-rounder Nabi took over as skipper.

“There was a little issue when we arrived in Dubai,” Nabi said, acknowledging that the last 10 days were not “ideal”.

Afghanistan are only a second-tier ‘associate nation’ but their strength in T20 allowed them to qualify directly for the main group stage while full Test nations Bangladesh and Sri Lanka had to battle through the first round.

Nabi said Afghanistan hope to be promoted to elite.

“We do well in the tournament and inshallah we’ll be the next team,” he said.

Afghanistan’s success in T20 is built on their big-hitting batting and the spin bowling of their ‘Big Three’, Khan, Nabi and Mujeeb Ur Rahman.

In all, eight of their 15-man World Cup squad have experience of playing professional T20 cricket in other countries.

“I think it’s for those cricketers playing cricket all over the world, especially five, six, seven players are playing different franchise cricket from last six months,” said Nabi, who played in the recently completed Indian Premier League season in UAE.

“We are playing a lot of cricket in UAE and we know the conditions,” he said.

“Everyone back home is thinking that Afghanistan have the best team in these conditions. And our team is confident,” he said, warning that “we already targeted most of the teams in our group.”

Afghanistan are in Group 2 with India, Pakistan, New Zealand and Namibia as well as the Scots, who they face on Monday.

Experienced Scotland batsman Calum MacLeod said his side were wary of the Afghan bowling.

“It’ll be a challenge against all their spinners,” he said. “I think everyone understands the attack that Afghanistan have got with three world-class spinners in there.

“Like all the top-class teams that you play against, if you let the bowlers just bowl at you, their skills will be too good for you over a period, so I think you have to find a method of putting the pressure back on them.”

MacLeod said that having had to play three qualifying games in the last week in Oman could work to Scotland’s advantage.

“I think the good thing of having the first round is that we’ve come in with confidence,” he said. “It’ll be Afghanistan’s first game in the tournament, and we can also go in there and put some pressure on them.