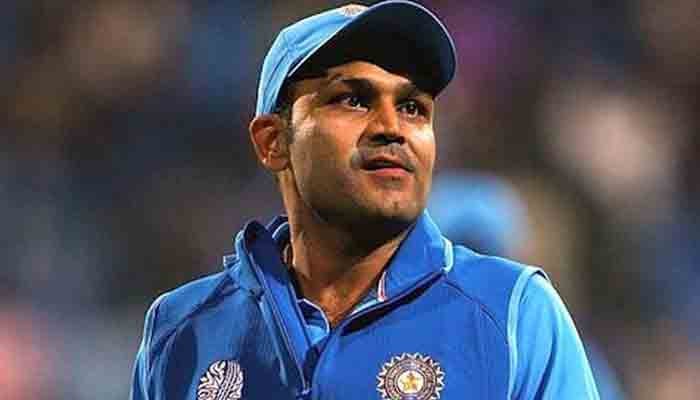 The Indian cricket analyst, who was known for his aggressive batting, has claimed that India will go on to win the ICC T20 World Cup despite the humbling loss to Pakistan.

All he said Kohli XI needed to do was play better cricket.

“According to me, it’s Team India who will win this T20 World Cup,” Virender Sehwag said on his Facebook show Virugiri Dot Com.

“They’ll only have to play better cricket here onwards. We always cheer for our team when it wins but when it loses we have to support it even more. So, I believe that India can win the T20 World Cup,” he added.

The former Indian cricketer spoke about Pakistan as well, saying that the Men in Green had played good cricket and had almost cemented a place in the semi-final for themselves after beating New Zealand on Tuesday.

“Their [next] matches are against Afghanistan, Scotland, and Namibia,” he said, noting that if Pakistan win their next two out of three clashes, the Men in Green can advance on to the next phase of the World Cup.

India’s campaign for the ICC T20 World Cup suffered a setback when the Kohli-led side, touted as the favourites heading into the match, were handed a heavy 10-wicket defeat by Pakistan.

Haris Rauf, Shadab Khan and Mohammad Hafeez also pitched in to ensure India were restricted to 151/7 off their 20 overs.

When the time came for Pakistan to take the crease, both opening batsmen Mohammad Rizwan and Babar Azam played stellar innings, scoring half-centuries and refusing to hand India even a single wicket.

Pakistan then faced New Zealand in Sharjah for their second T20 World Cup clash. The green shirts went on to win their second match as well by five wickets.

Pakistan breathed a sigh of relief as this time around, Haris Rauf pitched in by taking four important wickets while Pakistan’s pinch-hitter Asif Ali smashed a couple of sixes off the last few overs to see Pakistan through to victory.