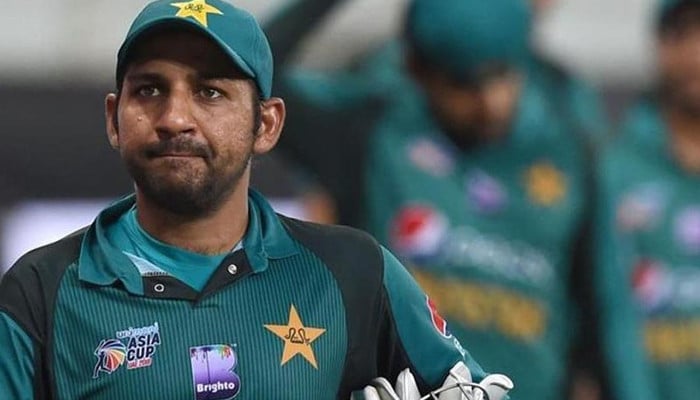 
Former Pakistan skipper and wicketkeeper-batsman Sarfaraz Ahmed has not been picked in the 12-man squad against India — which will take place in Dubai tomorrow (Sunday).

Geo News had earlier reported that the team management had decided to include senior and experienced cricketers in the playing XI for much of the T20 World Cup, including the blockbuster India clash.

Addressing a press virtual press conference after announcing the squad, Babar said Sarfaraz was a senior player and would be included in the playing XI when needed.