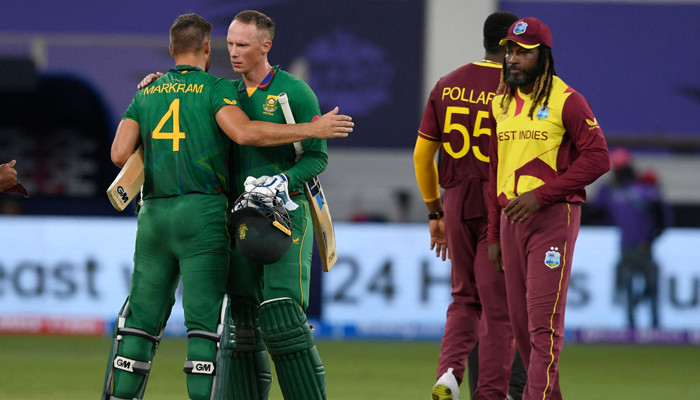 Chasing 144 for victory in the Super 12 contest, the Proteas bounced back from an opening loss as Van der Dussen (43) and Markram (51) put on an unbeaten partnership of 83 to win with 10 balls to spare in Dubai.

Opener Evin Lewis hit 56 in West Indies´ 143-8 but the two-time champions suffered their second straight loss, having slumped to a heavy defeat by England in their opener.

The match though was overshadowed by South African star Quinton de Kock´s refusal to take the knee prior to the clash as he pulled out due to “personal reasons”.