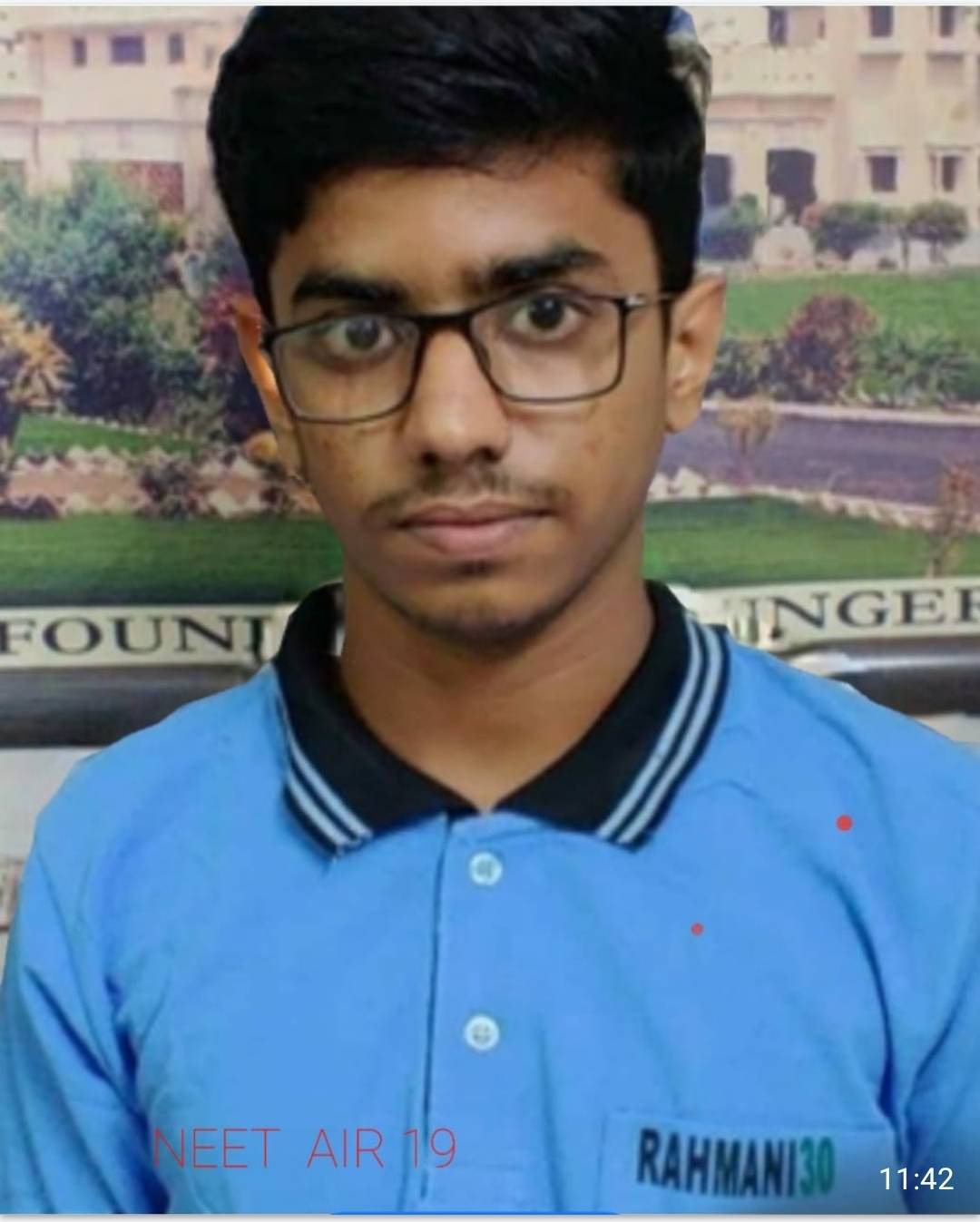 The audacity to dream big


Someone who is orphaned young has limited choices in life. Growing up with a depth less bitterness, he or she surrenders to fate and feels fettered everywhere. However, there are those who tide over the tumult, turn adversities into opportunities and begin to dream big. Mohammed Zeya Bilal who has cracked this year’s medical entrance exam NEET-UG with 715 marks out of 720, secured an All India Rank of 19 and topped in Bihar belongs to the second category of orphans.

Coming from Pandaul, Madhubani, the backwaters of Bihar, Bilal was six when he lost his father. His homemaker mother and four siblings stood like a rock behind him. Studying in Hindi medium at a local High School in Pandaul, he was in 8th standard when he dreamt of becoming a doctor. Since an elder brother graduated in engineering and joined Indian Railways as a junior engineer, it only encouraged Bilal to realise his dream.

Dreams don’t get realized in the air. You have to burn the proverbial midnight lamps to reach your goal. Bilal knew it and got down to script a story the likes of which are found in fables. Turning the personal pain caused by the absence of father into a challenge, the boy didn’t get distracted and kept his eyes on the goal he had set early. To his good fortune, Rahmani 30, the program late Maulana Wali Rahmani launched in Patna over a decade ago to coach Muslim aspirants for IIT-JEE (medical entrance exam was added to it later), did the hand holding. For two years, he received free intensive coaching which included rigorous revisions of the chapters and the weekly tests.

Then the pandemic came and, like other institutions, Rahmani 30 too had to shut and send their students back home. Bilal didn’t allow attention to divert. He never lost focus. “My tutors and mentors would call every day and check about my studies and solve doubts. This kept me interested and engaged in my studies,” he told me on phone from his native Pandaul. Maulana Wali Rahmani’s son Fahad Rahmani who is a hawk-eyed overall supervisor to all the programs of Rahmani 30 says: “We went from offline to online but maintained the schedule and kept guiding our students. Bilal’s spectacular success is because of his hard work and our teachers’ tireless efforts to keep him motivated.”

But for one wrong answer in the Biology paper, Bilal’s score would have been 720/720. The boy’s brilliance is illustrative through other competitive exams that he cracked before the NEET results came. He had qualified for a researcher’s course at the prestigious Indian Institute of Science, Bengaluru and even cracked the IIT-JEE (Advance) with good marks. “But I wanted to join All India Institute of Medical Science (AIIMS) or Maulana Azad Medical College, both in Delhi,” he says. He will get a seat at AIIMS and aspire to become a cardiologist.

What do success stories of the likes of Bilal show? They show that hard work, disciplined use of time, and proper planning will yield spectacular results. The old dictum ’there is light at the end of dark tunnel’ holds true and koshish karne walon ki haar nahi hoti (those who make honest efforts never fail) is true. A true fighter is never scared of failure. It is easy to give up and blame your destiny for the miseries that may knock at your doors. But strong-willed men and women with steely determination don’t wallow in a pool of regrets. They just give their hundred percent and leave the rest to God.

The likes of Bilal know they don’t have a father, forget a Godfather, to fall back on. For them, no peak is too big to reach, no mountain is too high to surmount.

Let me cite another example from this year’s NEET exam results. And this is also from Bihar. Qamar Alam is a chemistry teacher at a coaching institute in Darbhanga. In the 1980s Qamar Alam, a good student, made multiple attempts to crack the pre-medical tests (PMT) but failed. He completed his BSC and MSC in Chemistry. Since he didn’t have much else on his hands, he began teaching Chemistry to his juniors. Initially, it was pro bono. Since teaching became his passion, he made it his profession. He became part of a coaching institute and earned the name as a Chemistry tutor. Hundreds of boys and girls came under his guidance and many of them cracked medical and engineering entrance exams.

Qamar Alam, son of a farmer who also owned a small medicine shop in his village, couldn’t realise his dream of becoming a doctor. He began dreaming of making his children doctors. His two sons cleared the NEET-UG tests a couple of years ago and are currently doing internships after completing MBBS. This year his third son cracked the NEET-UG exam and secured 622/720 marks. He will get a seat at the prestigious Darbhanga Medical College and Hospital where his elder brother is already interning post-MBBS. Like so many disgruntled, unemployed Bihari youths, Qamar Alam could have joined politics and either succeeded or remained a failed man all his life. He used the knowledge he gained and didn’t waste time on useless pursuits once he didn’t get what he had aimed for.

“Maine apna gussa aise nikala (I took out my anger like this),” says Qamar Alam. Qamar Alam’s father sold medicine on prescriptions of other doctors. Now Qamar Alam’s two sons are doctors while the third one will soon join the MBBS course. The son of his elder brother Professor Shamse Alam is also a doctor. He is certainly not the first family in India with so many doctors. But the way Qamar Alam struggled and showed steely determination to see his children reach where he couldn’t is exemplary. He has scripted a story worth emulating and is justifiably getting accolades from relatives and others. Along with his sons, he is being toasted.

Such success stories reaffirm our faith in true labour. Despite so many inaccuracies, our democracy is still vibrant. Opportunities do knock on the doors of those who have the courage to fight. Destiny does smile on those who don’t succumb to pressure or pitfalls.