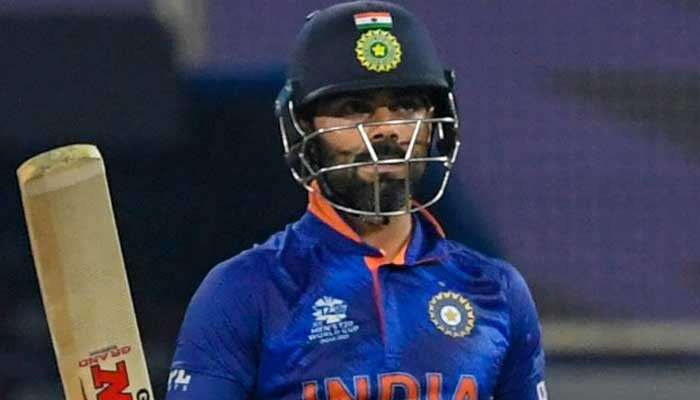 
The Board of Control for Cricket in India (BCCI) is “unhappy” with India’s performance so far in the ICC Men’s T20 World Cup and hence may remove Virat Kohli as captain of the ODI squad as well.

As per a report, the BCCI has “serious doubt” over Kohli’s ODI captaincy as well, after the Men in Blue were thrashed by both Pakistan and New Zealand in their first two matches of the World Cup.

“But [there are] three games still left and if India, by any chance, manages to qualify and fight back in the tournament then the scenario could change,” said the source.

“But, right now, if you ask me or anybody, Virat is doubtful as ODI captain,” it added.

When asked who will replace Kohli as captain for the 50-overs format of the game, the source said it is too early to say at the moment. “Let the T20 World Cup get over. Rahul Dravid may also join the team as head coach soon. He will be discussed as well,” said the source.

“Rohit [Sharma] or anybody else, or Virat continues, everything will be done afterwards. There are chances that India get one captain for T20 and ODI formats and one (Virat) for Tests,” added the source.

Fans have put on blast Indian skipper Virat Kohli and the team management for what they say are “blunders” in the ICC T20 World Cup.

The captain has come under immense pressure after he made left-handed batsman Ishan Kishan open in Rohit Sharma’s place.

Former Pakistan bowler Shoaib Akhtar said it seems as if there are two camps in the Indian team, one for Kohli and the other, against him.

India play against Afghanistan tomorrow (Wednesday) in a must-win clash. The Men in Blue will look to pass Afghanistan’s spin test and win with a huge margin, in hopes of keeping their T20 World Cup dreams alive.