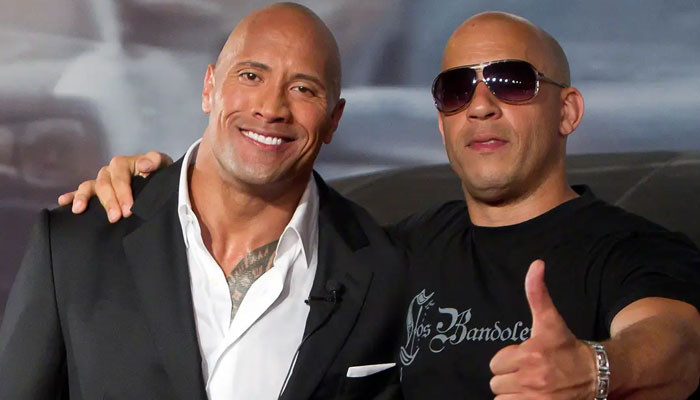 
Vin Diesel recently turned to social media and penned a note asking Dwayne The Rock Johnso to give Fast and Furious another chance.

What makes this plea special is the epic falling out the duo had back in 2016, on the set of The Fate of the Furious.

Since the initial tiff, the duo kept exchanging blows on multiple occasions but it seems Diesel is willing to put the past behind him.

His note was posted to Instagram and features a photograph of the duo, engaged in a staredown.

The heart-tugging bit however was the caption that read, “My little brother Dwayne… the time has come. The world awaits the finale of Fast 10. As you know, my children refer to you as Uncle Dwayne in my house.”

“There is not a holiday that goes by that they and you don’t send well wishes… but the time has come. Legacy awaits. I told you years ago that I was going to fulfill my promise to Pablo. I swore that we would reach and manifest the best Fast in the finale that is 10!”

“I say this out of love… but you must show up, do not leave the franchise idle you have a very important role to play. Hobbs can’t be played by no other. I hope that you rise to the occasion and fulfill your destiny.”