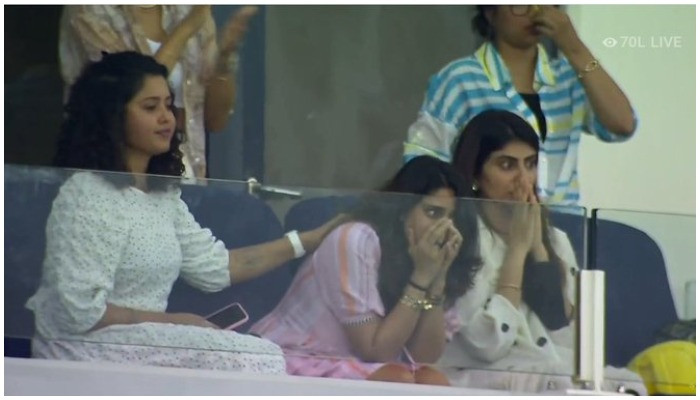 Wife’s reaction goes viral as Rohit Sharma nearly gets out


Indian batsman Rohit Sharma nearly gave millions of Indian fans, and his wife, a heart attack when he was almost caught by Adam Milne in the India-New Zealand clash on Sunday.

Millions of fans in the crowd saw Sharma’s wife, Ritika Sajdeh, watching the game live from the stands.

As the ball soared in the air and almost landed into Milne’s hands, Ritika Sajdeh closed her eyes and looked away.

However, she opened them a second later to realise Rohit had survived, as the ball slipped from Milne’s hands.

Her huge sigh of relief, accompanied by a laugh, went viral on the internet.

A Hafeez stan account thought her reaction was a “gem”.

Chaya was touched by the amount of love Rohit’s wife had for him.

Another fan thought the reaction represented millions of Indian fans across the globe.

India failed to correct their batting troubles against New Zealand, scoring an average 110 runs in their innings.

Today’s T20 clash is an important one for both sides, after they tasted defeat at the hands of Pakistan in their earlier matches.