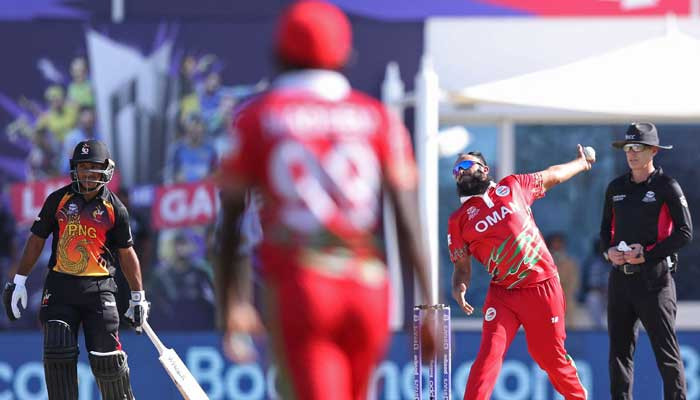 
MUSCAT: Oman skipper Zeeshan Maqsood on Sunday reached the milestone of becoming only the second captain to capture four wickets in a T20 World Cup match.

Prior to this, New Zealand’s former captain Daniel Vettori had claimed four wickets.

Vettori achieved the record in 2007 when his side clashed against India in the T20 World Cup.

Today, Zeeshan Maqsood’s men ticked all the boxes, with their bowling, catching and batting giving the home fans plenty to cheer about at the Al Amerat Cricket Ground.

Maqsood himself took four wickets to help restrict the opposition to 129/9, before half-centuries for openers Jatinder Singh and Aaqib Ilyas eased them past the target in 13.4 overs.

Not much went PNG’s way after they found themselves 0/2 inside the first two overs, with captain Assad Vala’s fifty the only highlight for them on a difficult day.